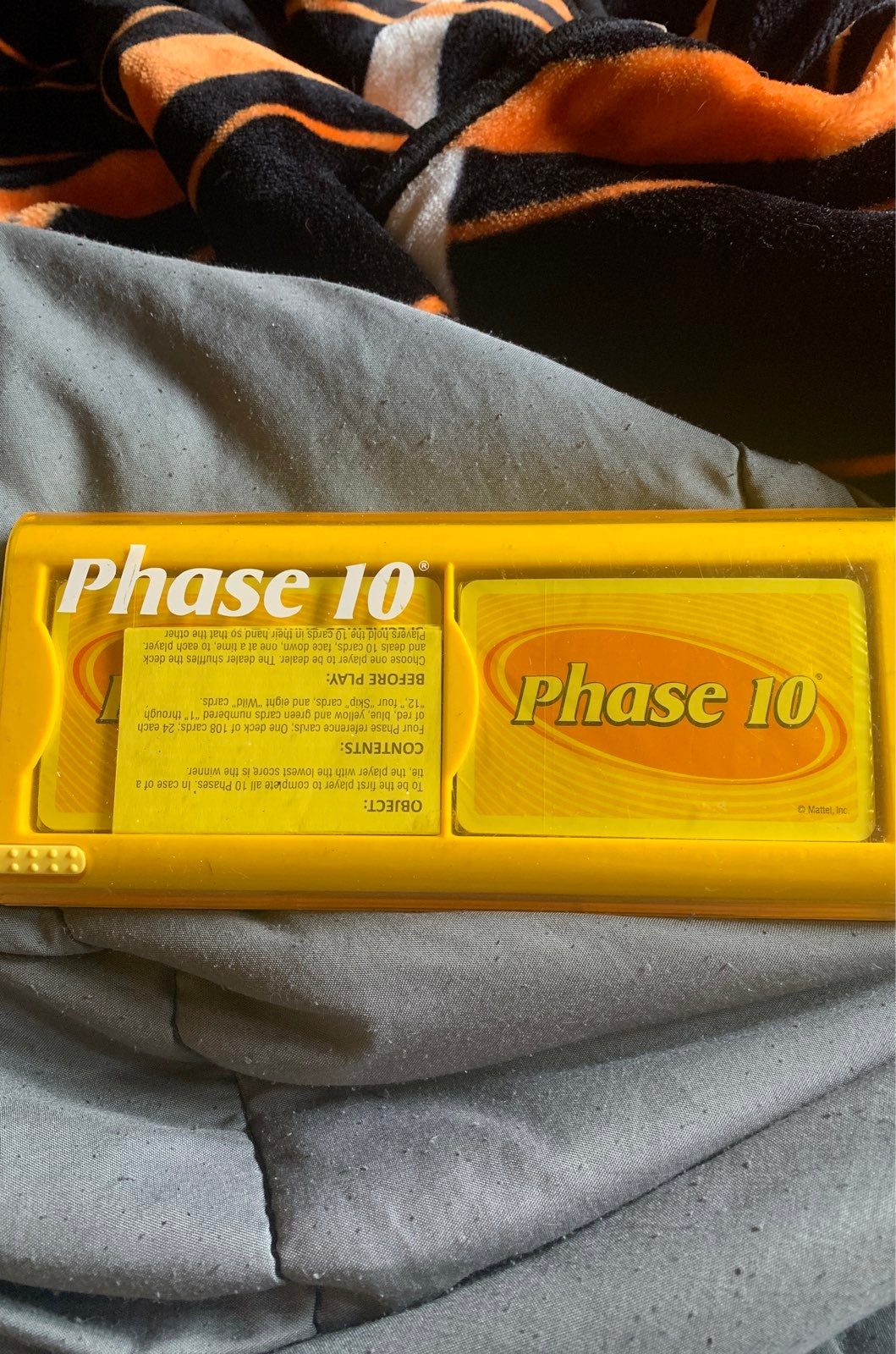 Phase 10 card set, in the original yellow holder not opened with very few marks on the outside